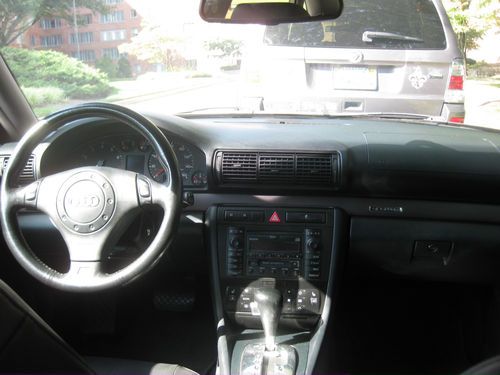 Audi is showing off new laser headlight technology this week at the 2014 Consumer Electronics Show on its Audi Sport Quattro Laserlight Concept, and most intriguingly, the automaker has plans to use the long-range lighting on production vehicles. Audi CEO Rupert Stadler tells Automotive News that this type of headlights will be used on a future production vehicle, although he did not specify any timeframe.
On the concept vehicle, the headlights employ LED low beams, while the high beams use the laserlight technology. Audi says that these lights are not only very small ("a few microns in diameter") they are also able to light the road for almost a third of a mile (1,640 feet), with three times the brightness of an LED highbeam, yet with pinpoint control. These lights have already been confirmed for use in motorsports on the 2014 Audi R18 e-tron Quattro LMP1 racecar, and the tech will eventually trickle down to road-going cars.
In addition to how long this trickle down will take, it's doubtful we'll see these lights in the US anytime soon. Audi is still working with the US Department of Transportation for approval of its LED Matrix Beam headlights, which are already sold in other markets, and the negotiations appear to be taking quite a bit of time. Automotive News also notes that the laser headlights earmarked as options on the 2015 BMW i8 will not be offered in the US, either.