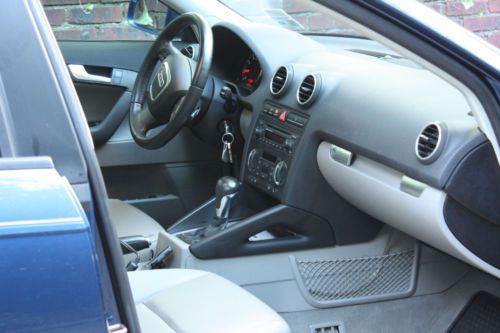 The (technically speaking) 2015 Audi S3 sedan should start at right near $39,000.
The last time Audi gifted the world with a small sport sedan was way back when the A4 wasn't an entry-luxury executive car costing relative gads of dough, so maybe since the mid-1990s. In a company decision reversal, we're now officially getting the new A3 Sportback starting later this year, but that's a five-door hatch and not a big volume attraction for markets like the United States. And there's no guarantee we'll get the S3 Sportback version yet. So, what to do?

Audi may not be the only automaker out there toying with self-driving automobile technology, but it is arguably the fastest of them. A few years back, it raced unleashed a driverless TTS on the Bonneville Salt Flats, then sent it up Pikes Peak and around Thunderhill. But now it's taking things a step further with the vehicle you see here.
This RS7 Sportback has been fitted with steering, brakes, throttle and transmission hooked up to a computer system that combines GPS, high-frequency radio signals and 3D imaging camera to drive the vehicle autonomously not just in slow-paced, stop-and-go traffic, but around the track at the same pace a professional racing driver would push it: full throttle on the straights, full braking before the corner and 1.1-g of cornering force.
As promised, Audi plans to unleash the self-driving RS7 - which it calls "the sportiest piloted driving car in the world" - at Hockenheim next weekend prior to the DTM season finale, where it is anticipated to pull a 2:10 lap time. The next stage will be to set it lose on the Nürburgring Nordschleife, all 154 turns and 13 miles of it, which ought to pose a heck of a challenge to the engineers from Ingolstadt. In the meantime you can scope it out in the high-res image gallery above and the second teaser video below.