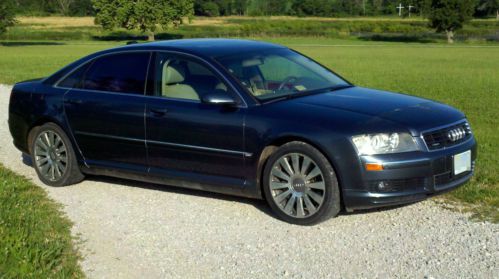 The Audi A4 is expected to receive a major redesign over the next couple of years, and with the smaller A3 now gaining a sedan model, it is being reported that the A4 might be getting a little breathing room for a more advanced design and improved technology and features. According to AutoBild, this would include a drop of more than 200 pounds in curb weight, updated cabin tech and a wider variety of drivetrain options.
AutoBild states that Audi is looking to upgrade just about every detail - inside and out - when it comes to the 2014 Audi A4, and this includes a next-generation MMI system that uses two digital displays. Extensive use of magnesium, aluminum and plastics will help shave an estimated 220 pounds from the A4's curb weight, and in terms of engines, it sounds like the usual array of forced-induction, small-displacement gas and diesel engines will be on tap, but a bigger V6 TDI and a plug-in hybrid powertrain are also mentioned.