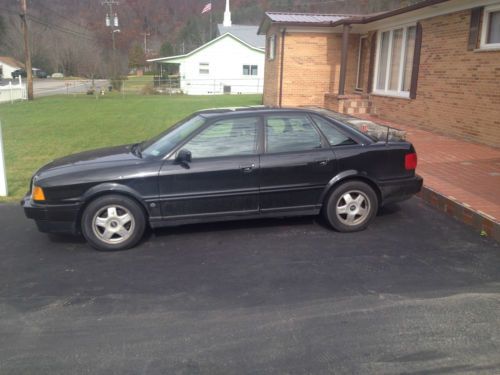 Notes from Day One of the 2013 Twelve Hours of Sebring

The 61st edition of The 12 Hours of Sebring is on, and Autoblog has come to central Florida with Audi to feast on jumbo boiled peanuts, pickled eggs and the final race for the LMP1 class at the oldest road course in North America. As Audi has been doing for more than a decade now, it's brought its latest endurance race car, the 2013-spec R18 etron quattro, to Sebring to begin testing for Le Mans.
Why the commitment to Sebring? Audi Sport executives have repeatedly called Sebring "punishing," "extremely demanding" and "one of the toughest tracks in the world." It is a 3.47-mile circuit that, in places, feels like it was made from the leftover bits of other circuits. Doing the 12-hour distance in Florida is thought to be a good start on lasting the 24-hour distance in France, and we can't think it a coincidence that Audi has won ten times here in the last 13 years and 11 times in Gaul.
Where there's rhyme - and victory - there is reason. We think we found a few of them on our first day where preparation, technology, fastidious attention to detail and sweat fit right in with swamp cabbage...

2012 Audi Q3 - Click above for high-res image gallery
It wasn't that long ago that Audi had no SUVs in its lineup - aside from the A6 Allroad Quattro - despite being known for its all-wheel-drive vehicles. But that's all changed, just as it has for BMW and Porsche. The Q7 was followed by the Q5, and now the Q3 has started production as well.
The first Q3 rolled off the assembly line today at the plant in Martorell, Spain. The facility belongs principally to Audi's sister-company Seat, but has gone through a considerable expansion - funded by both Audi and Seat - to prepare for the Q3's production.