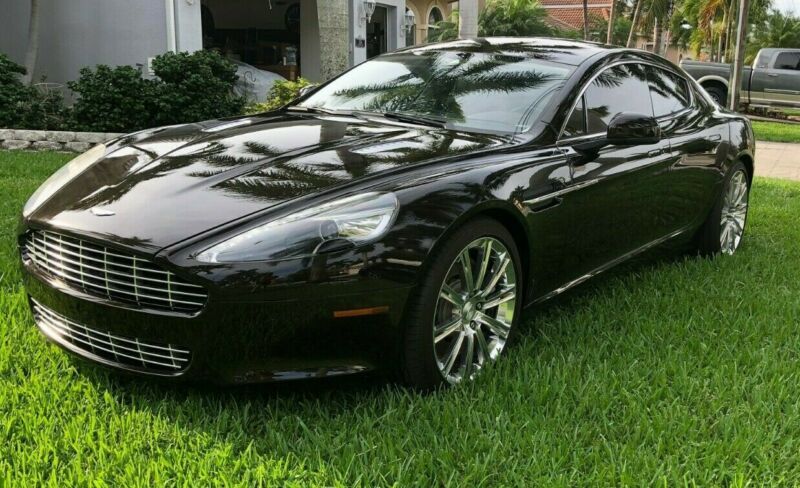 As you can see from the pictures this vehicle looks fantastic. The damage was superficial and didn't get
into any of the framing. It didn't even break the door glass and was an easy fix. I've included pictures of the
previous damage. The paint is called Marron Black and though the car looks black from a distance, it's really a
gorgeous deep brown pearl metallic. I've never seen another one like it. There is a small scratch on the left rear
door by the door handle that is just in the clear coat and not the actual paint. Should be an easy fix. As you
can see from the mileage the car has been driven and enjoyed. It has the typical wear of a used vehicle. I just
had it in to Aston Martin of Naples and everything was checked to make sure it performed as designed.