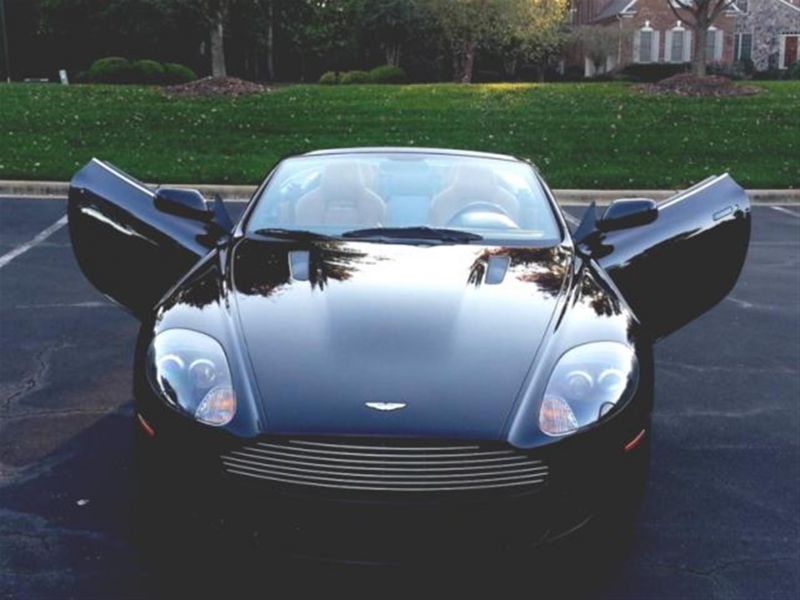 DETAILS!! exclusive option metallic black over cuoio leather and complete with its leather-bound DB9 Owner’s Guide, Aston Martin carcover in its original fitted bag, the original fitted umbrella , and theoriginal jack and appear fresh and virtually new, with the exception of verysmall blemishes around the edge of the hood and some scratches on the front lowbumper the car appears much newer than its 43,718 actual miles. The Volanteconvertible retained the same basic VH platform of the DB9 stiffened to maintainchassis rigidity. Rollover protection is provided by strengthened windshieldpillars and a pair of pop-up hoops behind the rear seats which cannot bedisabled and will break the cars rear window when deployed. Ride and at cruising speeds were enhanced by somewhat softer springs andspecially tuned anti-roll bars front and rear. The DB9 Volantes folding toprequires just 17 seconds to be raised or lowered and the Volantes weight washeld down to just 130 additional pounds. The DB9 coupe and Volante share thesame semi-automatic and automatic gearboxes and engine; however the Volante isspeed-limited to a cop-baiting 165 mph to retain the soft-tops integrity atspeed. As for the DB9 coupe the Volante delivered 450 horsepower and peak torqueof 420 lbs-ft. Despite the Volantes additional weight 0-60 acceleration was onlyslightly blunted at 4.9 seconds. Now ready to pass into its next owner’sloving hands, this Aston Martin is ready for continued fun just as it has beencarefully enjoyed by me .
My eMail : ChiekoBalcerzakpaad@yahoo.com