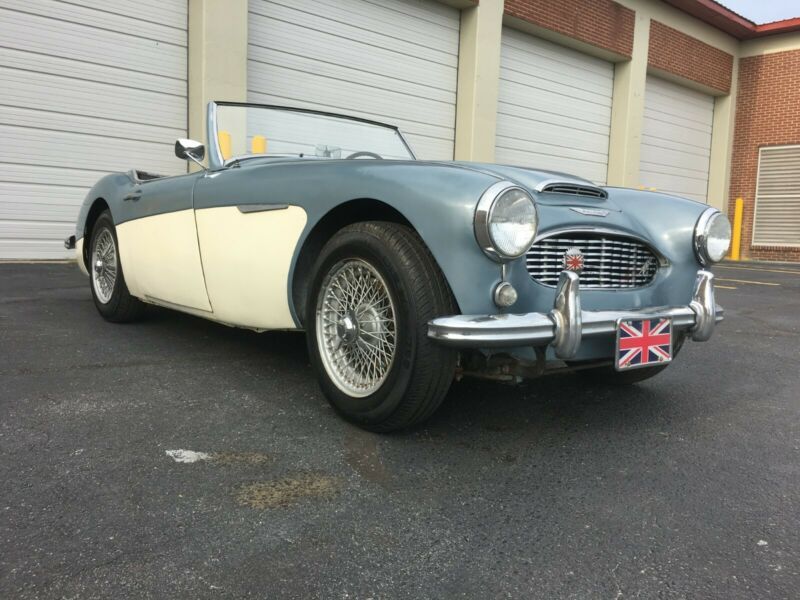 1959 Austin Healey 100-6 comes in its original color of Healey Blue with the white coves. The car is very solid
both inside and out.The vehicle runs, drives, and shifts very nicely.
The car has plenty of power and handles very well. The factory over drive is still working making the car lots of
fun at high speeds. The car is a daily driver that has old paint on it that still shows well. The interior is also
older but still looks nice. The car has the soft top frame but the top was to badly torn so it was removed. I do
drive the car with the top down anyways. The car comes with its original style boot as well as tool kit.