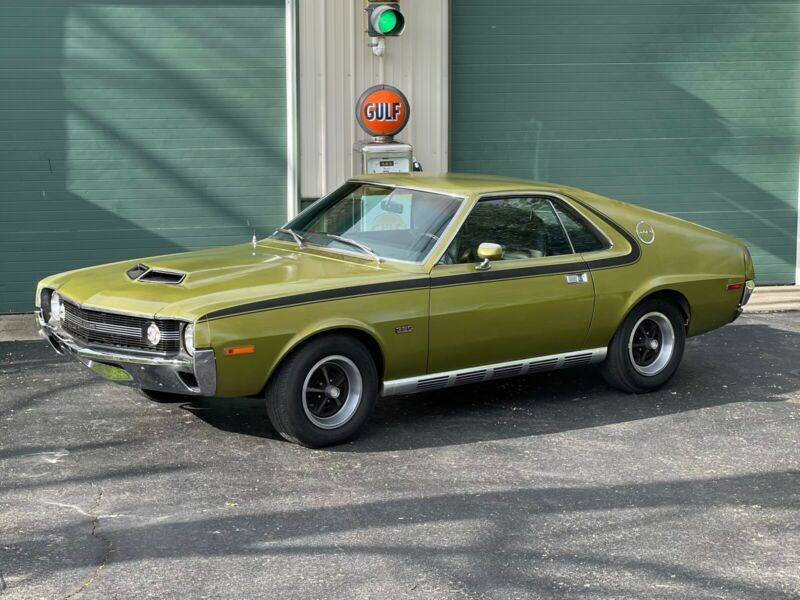 New leather seat covers, new door panels installed. New emblems and and have the originals. A/C compressor is off
the car but I have it as well as the condenser. Also have extra compressor, extra power steering pump, one set of
complete tail lights with bezels, one set of tail lights no bezels, have the original grille, have new weather
stripping, have new window handles, lots of other parts see picture. Yes, I have the factory ram air parts as well.

Car is not perfect but very rare and real hard to find with original paint!! It has some dents but overall good
condition for a 50-year old muscle car. Surface rust only! . Very few survivors around with original paint and a Go
Pack car with factory A/C. According to AMC archives, only 1632 made with 4 speeds, 340 with Twin Grip posi, 823
with tilt and 98 with black leather.