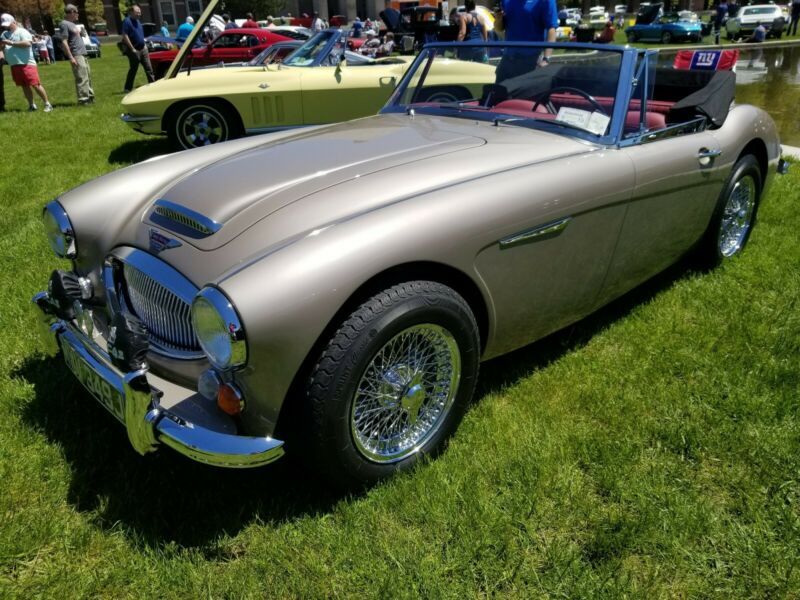 This Healey was factory built as a black car with red interior. We decided to change the color to Golden Beige Metallic during restoration which is a true color for the 67 model year Healeys. The red vinyl was also change to a more Maroon Connolly leather. The mechanicals are
all numbers matching and they are indicated on the Certificate of Heritage.