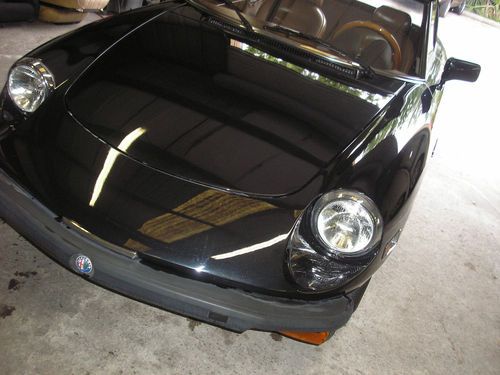 You are looking at a beautiful 82 Alfa Romeo Spider Veloce this car needs nothing just a alfa driver I would drive this car anywhere with no problem.Thepaint is excellent ther is no dents or scrachs anywhere top is 6mounts old like new there is no oil leaks the engine has a valve job done while the engine and transmission was been resealed with all new gaskets and seals new clutch and water pump the trans.shift very smooth no grings all belts and brakes and supports done less then 5k.this car is in excellent conditionand runs and drives excellent an Alfa in this condition would cost over $12k done right.Thanks for looking and will answer any question that you have.