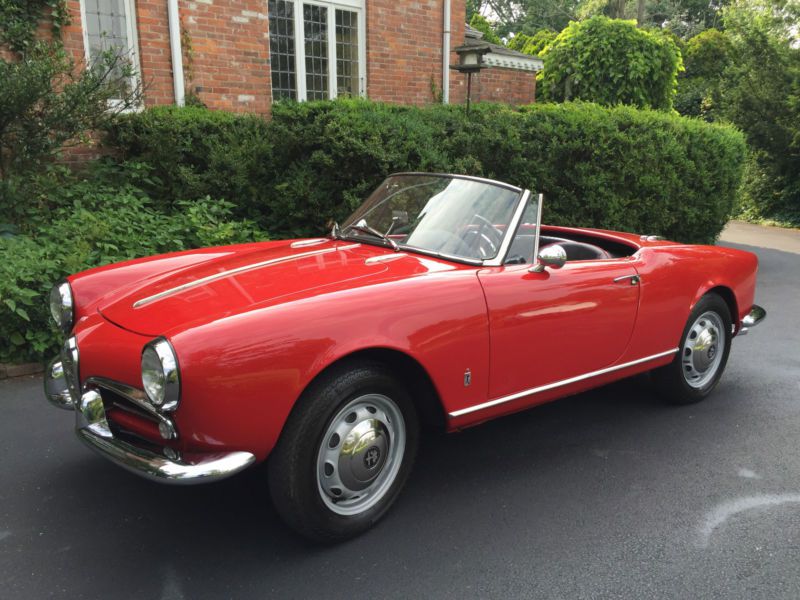 If you have any questions feel free to email me at: heehsseidner@irishhome.net .

The interior has been restored, with new seats, panels and carpeting
Dash and gauges are original and have been restored
Exterior body and paint have been professionally restored (older restoration, about 10-12 years old)
Chrome/bright work are in excellent condition
Soft top is black, in like-new condition

The engine has been replaced a number of years ago. It's current engine is the same as the one it replaced.

Overall, the Spider is in excellent condition. It’s a fun car to use to explore those country roads, because of it great handling and of course, that open air/top down experience.