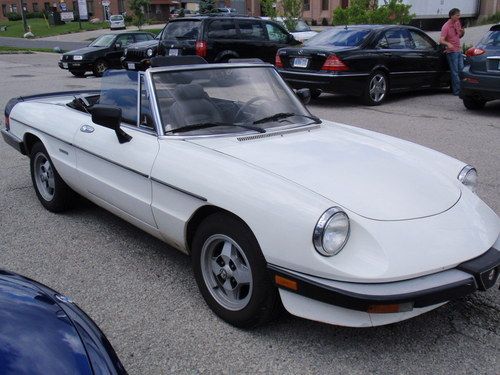 Thanks for viewing my post! I regrettably must part ways with my first Alfa Romeo as I'm moving out of country. She's in fantastic shape with minor wear on the white paint. The convertible top is in good shape - it's slightly faded with no leaks or tears. The interior is in better than average condition. The black seats are terrific and look like new. It's clean inside and out. I've had the car for 2.5 years and have never had any issues to start the car. I've kept all the service records since I've owned it.