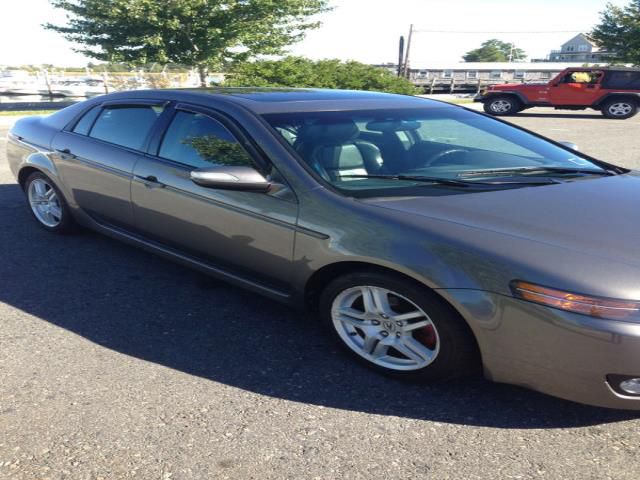 The front-wheel-drive 2008 Acura TL offers one of the best combinations of luxury and performance in its class. The engine is a 3.2L SOHC V6 that produces 258 horsepower and is paired with a five-speed sequential SportShift automatic transmission. You get a roomy, comfortable four-door sedan that comes with standard features more often found in the top-echelon luxury cars. An eight-way power driver's seat, heated front seats, a power moonroof, and dual zone climate control are just a few of the luxury items. The audio system is outstanding, with XM satellite radio found alongside the standard six-CD changer and surround sound DVD audio. Every TL also comes packed with safety features, including side, front, and curtain air bags, anti-lock brakes, and traction control.Aside from the potent V6 and six-speed stick, 17-inch alloy wheels, a sport exhaust, distinct exterior and interior styling, and active noise cancellation.The only option on the TL is for a satellite navigation system, which happens to be one of the very best systems available. But more important than the gadgets is the driving experience, and the TL is a wonderful mixture of fun and relaxation.