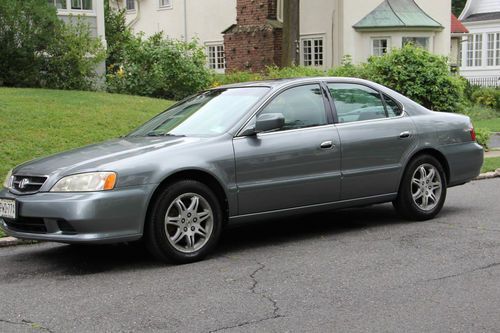 Union County, NJ.  Impeccably maintained 6 cylinder 2000 Acura TL 3.2.  Automatic transmission with sunroof.  169,000 miles most of which were highway miles.  This car is in beautiful condition!  This is my father-in-law's car that was cared for on a daily basis.  ( He loves his car and maintained it with perfection.) The leather seats and floor mats were covered at all times. All 4 tires were recently purchased.  The car runs perfectly and should easily run for another 150k miles.  This particular car looks about 4-5 years old. Amazing deal if you love Acura's and this certain model.  Sold "as is".

Please only contact if you are a serious buyer.