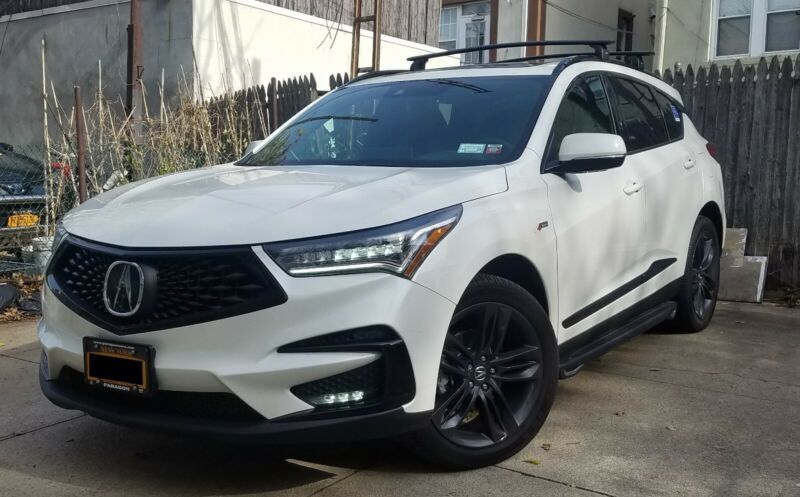 
Maintenence History
Rear driver side tire was replaced due to a nail in it (covered by the Wheel & Tire Coverage)
Passenger side fog light was flickering. Was simply a loose connector. No permanent damage.
Routine oil change
Cabin and Engine air filters were changed too.

2014 Acura MDX Prototype is exactly what we expected

Yep, it's the new MDX. And despite being totally redone, it looks exactly like we expected. That is, it's an up-sized version of the RDX crossover with fancy LED lights stolen from the RLX sedan. And while that might not sound too exciting, we have to say, it is handsome - certainly a more cohesive, refined design than the angular, beak-tastic model that's currently on sale.
Acura is calling this 2014 MDX a prototype, but that's only because it isn't 100-percent finished. Everything you see here will likely carry over to production, maybe with a couple small tweaks. Under the hood is the same 3.5-liter V6 that we know and love from the Honda group, and while we don't have power figures just yet, Acura says it will deliver more torque while improving efficiency. In redesigning the MDX, the Japanese automaker has managed to lighten and stiffen the chassis, improving driving dynamics. More interestingly, for the first time Acura will offer a front-wheel-drive version of the MDX, but don't worry, the automaker's SH-AWD all-wheel drive will be available.
Inside, the usual smattering of tech goodies will be on hand, including the next-generation AcuraLink system, satellite radio, tons of comfort amenities and every single alphabetic safety device known to man (okay, maybe not all of them).