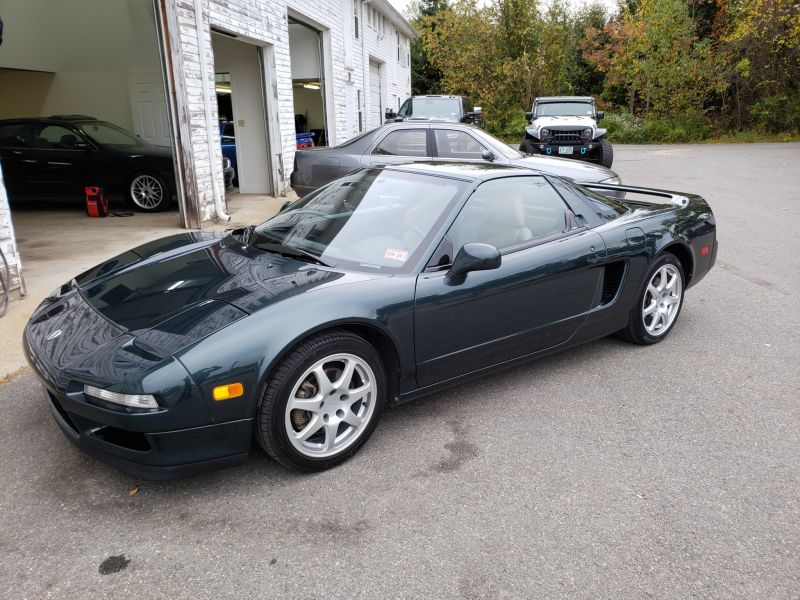 This 1996 Acura NSX-T is finished in Brooklands Green over tan leather and powered by a replacement 3.0-liter VTEC V6 paired with a five-speed manual transaxle. Recent service is included replacement of the spark plugs and the rear tires. Now showing 122kmiles.