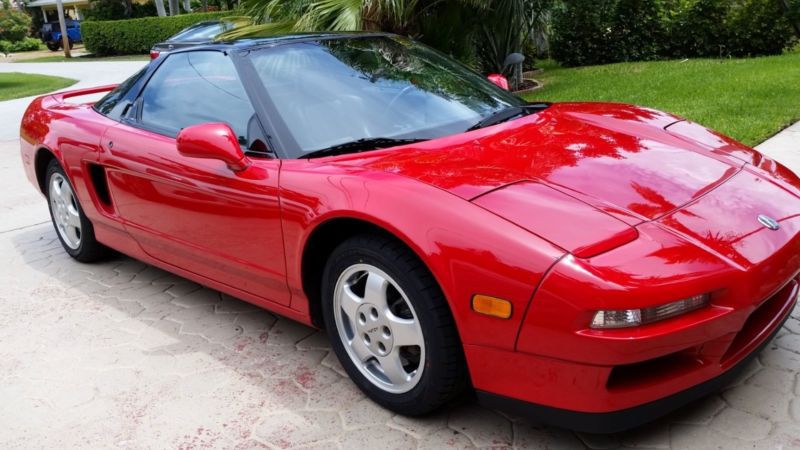 1993 Acura NSX. Black Leather Interior, 5 speed. The car is 100% stock. Clean Title in hand, Clean Carfax, No
accidents, non-smoker owned. I am the third owner. Stored in a climate controlled garage since 1995 with service
records back to 1995 as well. The under body is so clean that I think the car has never been driven in the rain.
There is a small scratch on the right rear bumper (picture included). It starts on the first click of the key and
runs like a sewing machine every time. There are no warning lights, no rattles, no oil drips, a/c cools down fast,
drives smooth and tight.