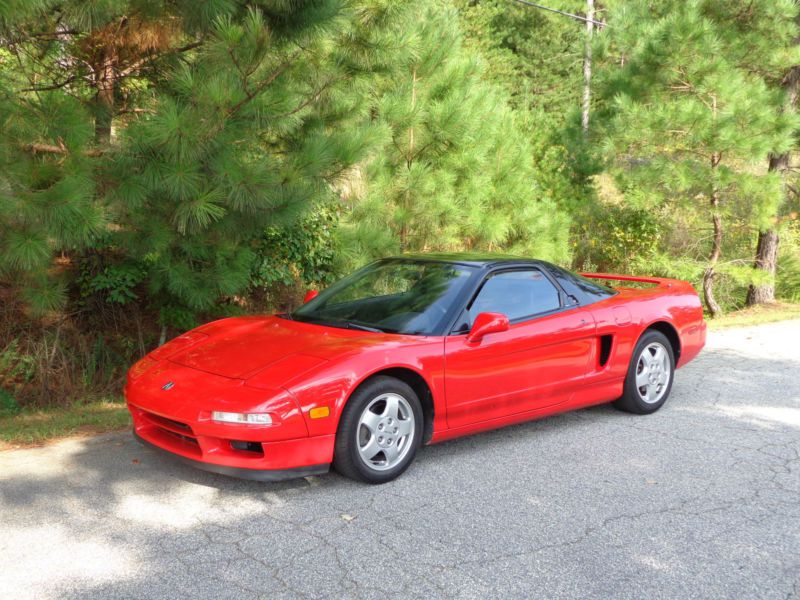 Please message me with questions at: johnetta_loveland@zoho.com .

Here is your chance to own an all original 1993 NSX in Red/Black.
Garage kept and meticulously maintained. No cons to this car. The interior is in mint condition and the paint is perfect and shiny.

Timing belt, water pump, and clutch was replaced less than 300 miles ago.
Completely original except for updated radio which sounds amazing with the original bose sound system.
Michelin tires.
Drives straight and handles great and steering is tight.

This is an amazing example of an original NSX.