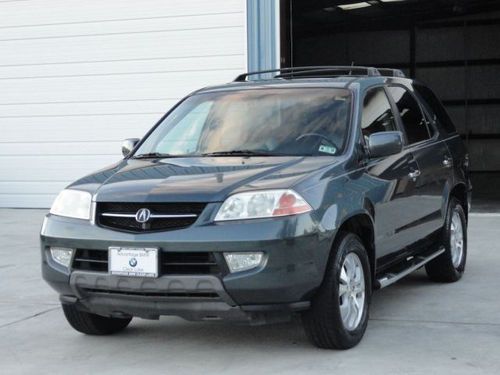 Up for Sell Acura MDX 03. Strong Engine Smooth Transmission. Navigation System with 2013 updated Map DVD. Back Up Camera. Roof Entertainment with DVD Player. Gray and Gray. Newer 4 Tires. 70% life left on the Road. 2 small chip rocks on windshield. No Rust, Never Accident. Please call me for Test Drive:507-721-1335 or Stop by at 867 E. Village Cir. SE Rochester, MN 55904. Sell As-is. So, please call me if you have any question. Buy with Confidence. Thanks.