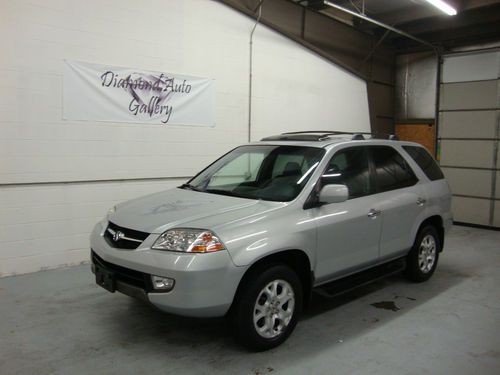 You are looking at a 2001 Acura MDX 1 Owner Carfax! ONLY 129K Miles!!, Fully Loaded the Works, This is a Clean Clean car , runs Great! Great Looking car for a great price For more information and more pictures Visit are website and call us with any questions and to schedule an appointment 224-699-9666 - Diamond Auto Gallery. You will not find one like this, and at this Price it will go fast! Here at Diamond Auto Gallery our Philosophy is simple, Sell only the Best Cars at the Best Prices! 224-699-9666