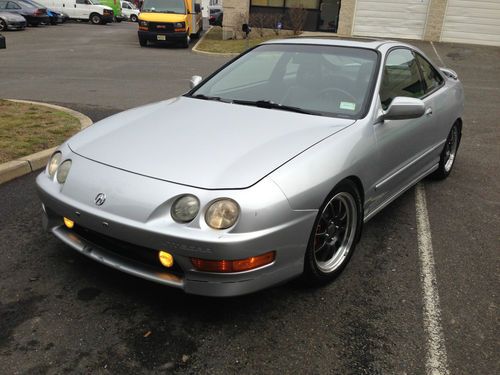 up for sale is a clean INTERA GSR.. It has 151k on the body and only 51k on the jdm motor. "i have receipts for the swap" the car is pretty much stock except for an AEM intake an APEXI exhaust. is has ROTA style rims with fresh tires. the suspension is after market coil overs. "i will be installing new struts in the rear." its has new clutch and driver side axel, also have receipts. these cars are hard to find, and even more hard to find stock. please SERIOUS SERIOUS BIDDERS ONLY!!!!  i know what the car is worth.. interior is clean with no rips or fades.. i have both sets of keys and key pads, and owners manual.. also will be installing hub barring too. enjoy my post and i hope it goes to a good home.. all the work was done by me at Gems Automotive and Wayne at 4130 Performance and Fabrication.. thanks happy bidding.. its is up for sale locally also..