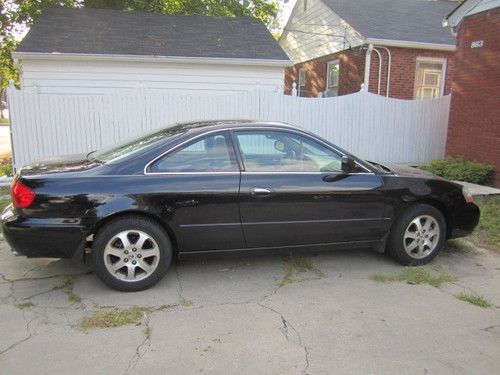 Condition: UsedA vehicle is considered used if it has been registered and issued a title. Used vehicles have had at least one previous owner. The condition of the exterior, interior and engine can vary depending on the vehicle's history. See the seller's listing for full details and description of any imperfections.Seller Notes:"Needs work to the transmission, other than that it is all in good shape."
1991 Acura CL
Coupe
Black
Automatic, 6 cylinder
Needs transmission work
other than that it has been a great running vehic
I have always enjoyed the way it drives
97,000 miles
Clear title and ready to go
Pick up only
Email with any questions